"We are delighted to be the presenting sponsor of Eric Dickerson's Hall of Fame Golf Invitational to benefit the Young Warriors Foundation," said John Chisholm, Chairman, President and Chief Executive Officer of Flotek. "Eric's commitment to provide resources and support to boys without fathers continues to make a difference in the greater Los Angeles community.  The Young Warriors success is having a positive impact on the lives of these families is an achievement Flotek is both proud and humbled to support. As our business of environmentally-focused energy development grows in Southern California we look forward to continuing to make a difference in the community."

The Eric Dickerson Hall-Of-Fame Golf Invitational is one of the premier golf events in the country, hosting a field of Hall-Of-Fame Athletes from the NFL, NBA, MLB and NHL. The event will celebrate the 30-year anniversary of Eric Dickerson's single season rushing record, while benefiting the Young Warriors Foundation which helps guide and inspire fatherless boys to become great men.

The Young Warriors Foundation focuses on the physical, emotional and social needs of boys and mothers in absent-father homes. Through a multi-year journey, Young Warriors teaches these boys necessary life skills needed to become a stable and balanced man and through our mandatory parent workshops, experts deliver a curriculum focused on raising children without a male in the home.

Flotek is a global developer and distributor of innovative specialty chemicals and down-hole drilling and production equipment. Flotek manages automated bulk material handling, loading and blending facilities. It serves major and independent companies in the domestic and international oilfield service industry. Flotek Industries, Inc. is a publicly traded company headquartered in Houston, Texas, and its common shares are traded on the New York Stock Exchange under the ticker symbol "FTK"

A significant majority of boys in absent-father homes are hurting so deeply that they often become unproductive and destructive members of society; in fact, 85% of men in prisons come from fatherless homes. As a result of the letdowns they experience from lack of a positive male relationship, these boys view the world as a threatening place. This distrust holds them back from developing into educated, healthy adults.

Young Warriors interrupts the cycle of distrust and hopelessness by committing long-term to each boy and providing them with positive adult male role models, or "mentors," who care deeply about them. A main focus of the Young Warriors program is to restore trust and develop positive, healthy male-to-male relationships. Other goals include training, guiding, and inspiring progression toward education and authentic manhood. Young Warriors also provides much needed guidance to parents and guardians through our mandatory single-parent curriculum. Parenting experts deliver a focused curriculum in a non-threatening and informative way. Parents are supported and equipped with tools and strategies that will help them to meet the needs of the children in their care. The physical, emotional and social needs of boys and mothers in absent-father homes are the central focus of the programs provided by Young Warriors.

Further information about the risks and uncertainties that may impact the Company are set forth in the Company's most recent filing on Form 10-K (including without limitation in the "Risk Factors" Section), and in the Company's other SEC filings and publicly available documents. Readers are urged not to place undue reliance on these forward-looking statements, which speak only as of the date of this Press Release. The Company undertakes no obligation to revise or update any forward-looking statements in order to reflect any event or circumstance that may arise after the date of this Press Release. 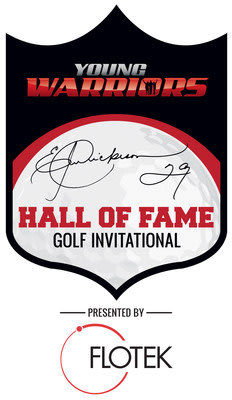