John Chisholm, Flotek's Chairman, President and Chief Executive Officer commented, "As anticipated, overall industry completion activity continued to improve during the quarter, and Flotek is executing on strategic initiatives and organic growth opportunities. We continue to experience increasing demand, above the industry recovery, for our patented CnF® technology.

"Just over a year ago, the price of oil was near its recent low point and we embarked on Company-wide initiatives to position Flotek as a high-return, asset light, technology-focused Company.  We maintained our investments in research while the industry cut back, began a strategic review of our operating segments, and developed big data relationships like the recently announced IBM Watson agreement for the benefit of our shareholders and customers.

"We are excited to emerge from the industry downturn in a stronger position in our core operations, technology and relationships with an improved balance sheet and an expanding platform of growth opportunities."

A summary income statement reflecting first quarter results can be found at the conclusion of this release.

* Percentage change may be different when calculated due to rounding.

In commenting about Flotek’s outlook, Mr. Chisholm added, “For the second quarter 2017, we are anticipating steady completion activity with opportunities for growth, continued demand in energy chemistry with expanding margins as the result of strategic price increases, and steady growth in our consumer and industrial chemistry technology sectors.”

Flotek will host a conference call on Thursday, May 4, at 7:30 AM CDT (8:30 AM EDT) to discuss its operating results for the three months ended March 31, 2017. To participate in the call, participants should dial 800-672-8961 approximately 5 minutes prior to the start of the call. The call can also be accessed from Flotek’s website at www.flotekind.com. 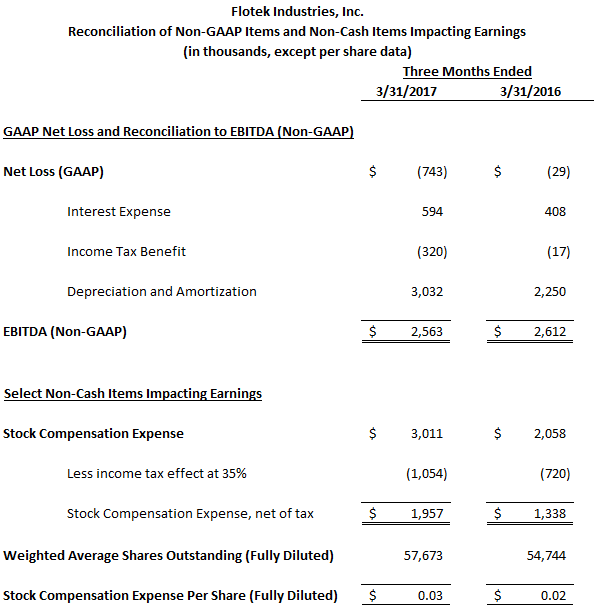 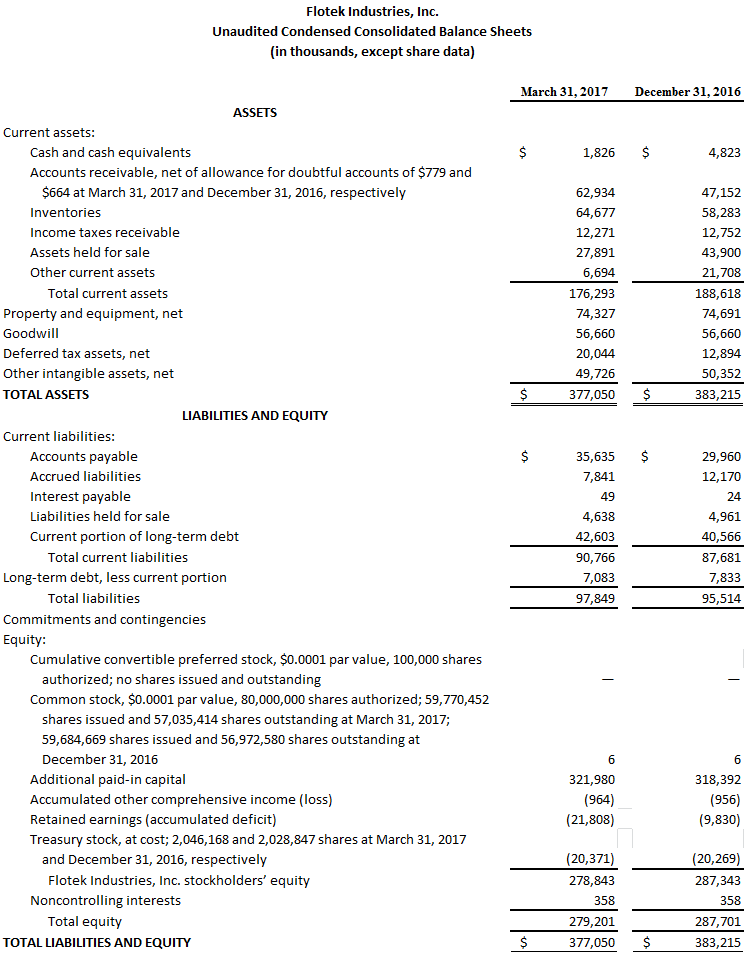 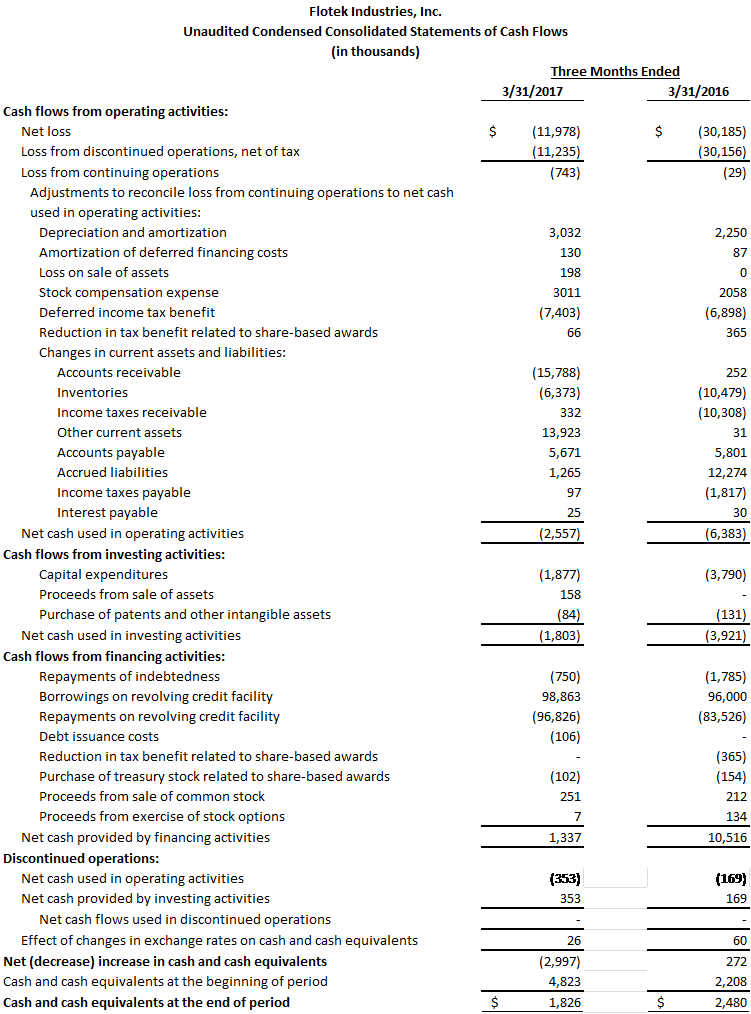